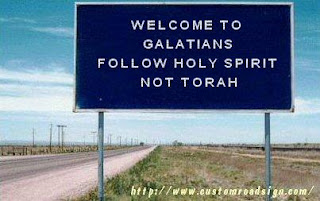 Today's reading is Paul's attempt to stamp out a persistent rumor that is taking hold in the churches in the region of Galatia.  He has heard that other Christian teachers have followed him into the churches that he planted and expanded upon his teaching.  Specifically, they have taught that if people want to be true Christians, they not only follow the Holy Spirit and the example of Jesus, but they must completely obey Jewish law and become practicing Jews.

The main action that these people ("super apostles," as Paul describes them) expect is that Christian men must be circumcised, highlighting a central practice of Jewish faith dating to Abraham.  This teaching, and its broader implications about Gentiles needing to become Jews in order to be Christians, infuriated Paul.  He comes out swinging in the beginning of this letter. There are no niceties at the start; Paul just jumps in and passionately argues against any belief that one needs to be Jewish before he or she can be Christian.

Paul does not devalue Jewish heritage; after all, he was raised a Jew.  However, he places much greater value on the power of faith through the Holy Spirit, which exists separately from Jewish Torah.


If you are planning to read the Bible in its entirety, you should read Galatians 1-2 today.