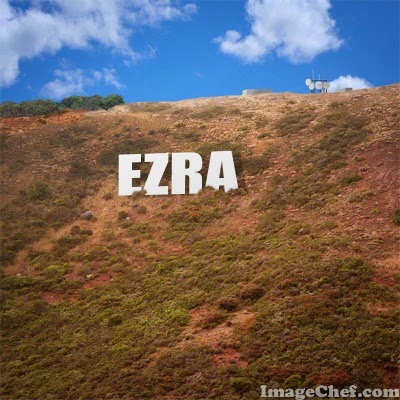 On Sunday, Rev. Joshua Patty preached about the return of the Jews to Jerusalem from exile in Babylon.  When the Babylonians were defeated by the Persian Empire, the Jews were granted release and allowed to rebuild the Temple in Jerusalem.  Evidently, the Persians even encouraged others to give the Jews money to pay for the materials for God's new sanctuary.

There was a small hiccup in the building of the second Jewish Temple after the Persian emperor Cyrus died.  His successor heard complaints that the Jews would use their autonomy to rebel, and he refused to allow the construction project to continue.  His successor, though, reinstated Cyrus' edict and the Temple was completed and worship resumed in Jerusalem.

After this, the priest Ezra led another group of exiles returning to Jerusalem and he took charge of the Temple.  He quickly became troubled, though, when he realized that some Jews who had returned in prior years had married local women (called "foreigners" in the Bible).  Ezra believed that it was the influence of foreigners (that is, not Jews) that had corrupted God's chosen people and led to their defeat by the Babylonians.  He insisted that the Jews would not make this mistake again, and he forbade such marriages and insisted that those who had already married non-Jewish women, include some Levites, send them away.  Ironically, then, the Jews returned from exile and soon exiled others from their midst.

While Ezra's concern that the Jews not waste God's second chance is ultimately good, the means are certainly questionable.  In fact, it seems that Ezra is making the mistake of "trying to fight the last war."  The insistence to not repeat previous mistakes seems to cause the people to ignore the changing context which might demand different approaches.  Of course, this is the ongoing tension in faith.  How much is non-negotiable?  How much must be adapted to changing times and situations?  How best can we live out our faith in these times?