The Exiles Allowed to Return from Babylon 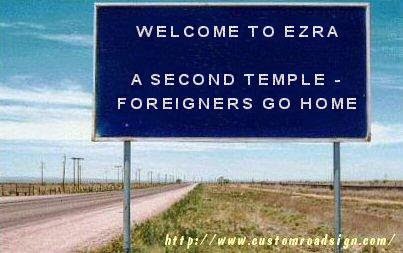 Today's reading describes the edict of the Persian king Cyrus which allowed the exiles to return from Babylon to Jerusalem and the surrounding area.  More than this, they were charged with rebuilding the Temple -- and Cyrus even returned some of the items from the Temple that had been taken by the Babylonians as prizes of war.

It was such an important event that the key leaders were listed by name.  So, if lists of names make your eyes glaze over, you might simply skim most of chapter 2 (at least until verse 62).


If you are planning to read the Bible in its entirety, you should read Ezra 1-2 today.