Sermon - "The Man with the Plan" (1 Chronicles) 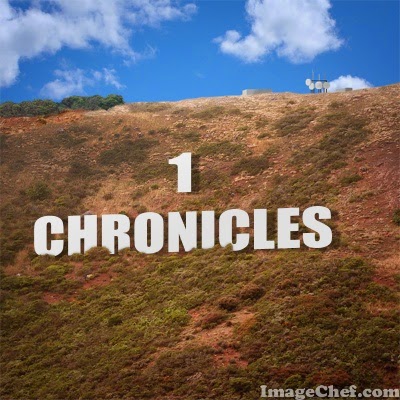 On Sunday, Rev. Joshua Patty preached about the presentation of the Jewish monarchy in 1 Chronicles, which presents David as the most important figure in Jewish history.  After lengthy genealogies in the opening ten chapters, the focus turns to David, who proves to be a pivotal figure in consolidating military power and in establishing religious practice at the center of national life.

This centrality of faith seems to cause David to first bring the Ark of the Covenant to his newly established capital of Jerusalem and then to dream of building God a permanent house there.  While God tells David that he will not build the Temple, God grants that David's heir will be able to do so.  David, evidently, wanted to leave nothing to chance, and he took significant steps to prepare for the building of the Temple, and near his death he gave Solomon detailed instructions on its construction and provisioning.

While David is clearly admired, he is not perfect (even beyond this penchant for micromanagement).  However, he is faithful and his dream of the Temple -- when it becomes reality -- will be the focal point of faith through the challenging times that lie ahead, including the exile from the Promised Land after the capture of Jerusalem and the destruction of the Temple.