Sermon - "Those Who Set Their Hearts to Seek God" (2 Chronicles) 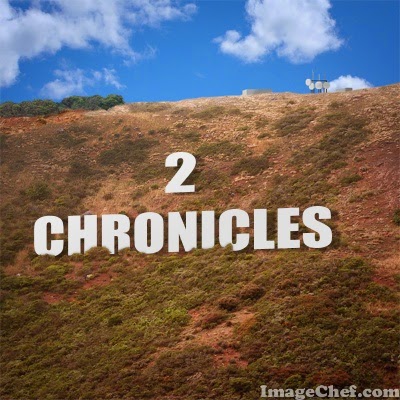 On Sunday, Rev. Joshua Patty preached about the legacy of the priests and Temple worship detailed in 2 Chronicles.  Even more than in 1 Kings and 2 Kings, 2 Chronicles judges the Jewish kings based on how much they support proper faith -- meaning how completely they support the Temple and the Levitical priests.

After the reign of Solomon, who built the Temple, the succeeding monarchs became distracted from religious matters -- instead trying to maintain independence from political threats beyond the kingdom's borders.  Eventually, this led to some compromises with foreigners, allowing foreign influence and foreign commerce.  These foreigners brought their foreign gods into the holy land, and the worship of these foreign gods was tolerated, perhaps even in the Temple itself.

King Hezekiah oversaw a massive reform movement back to worshiping the one true God.  He ordered that items used to worship false gods be destroyed and he supported the priests in cleansing the Temple and reestablishing proper worship.  As part of this, he ordered the first observance of Passover since the Israelites had been in the wilderness.  In an attempt to right several wrongs, he also invited tribes from the northern kingdom to participate -- some did.  But this created a problem because they were not properly prepared to celebrate the Passover and offer the Passover sacrifices.  This aggravated the priests, but Hezekiah prayed that God would forgive all those who may have broken Torah, but whose hearts were seeking God.

This was likely due to Hezekiah's recognition that all of the people had broken God's law and needed God's forgiveness in order to resume worship.  It also set an important precedent, allowing succeeding generations (especially those after the exile in Babylon) to preserve their faith while not following every one of the laws found in Torah.  This flexibility may have been what preserved the Jewish faith through all of the tough times that were about to follow -- and it may be what allows our own faith today.