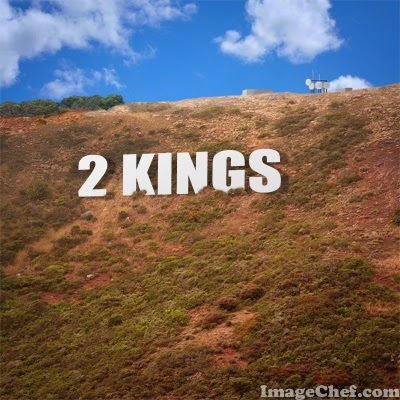 On Sunday, Rev. Joshua Patty preached about the downfall of the kingdoms of Israel and Judah, described in 2 Kings.  Most of the descendants of David who became kings were terrible disappointments, trying to maintain independence in the face of rising military powers in the region and allowing the people to drift away from worshiping God.

Towards the later years, though, there were a couple of kings who attempted to right the ship by returning the people to the worship of the one true God.  The most notable of these reformers was Josiah, who destroyed the idols and punished the priests of the false gods and who ordered that the Passover be celebrated for the first time in generations.

In some respects, it seems that Josiah's reform was a failed attempt because the southern kingdom of Judah was conquered by the Babylonians soon after Josiah's death.  However, Josiah created the means for preserving Jewish faith for those in exile and for those who would return to build the Temple.  He emphasized reading the holy scrolls (Torah) and the celebrating of key festivals, especially Passover - a central practice of Jewish faith for the last 2500 years.

This is a reminder that sometimes we do not see all of the fruits of our actions and our work.  Some of the most important effects of the things we do may not be fully visible for decades or, as in the case of Josiah, even longer.