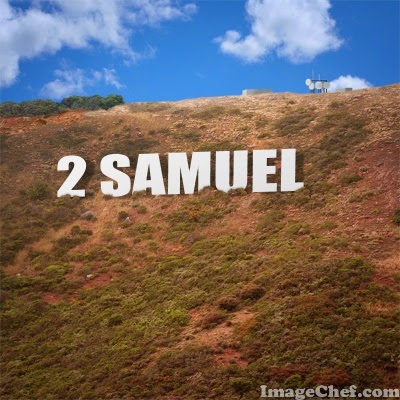 On Sunday, Rev. Joshua Patty preached about the legacy of King David.  2 Samuel is a history of David's reign from consolidating power to his dying days as king of Israel.  In some ways, it is a double-edged legacy.  David was a great and powerful king, with many important dreams that still shape Jewish history 2500 years later.  However, he was an imperfect leader, and these mistakes sowed the internal unrest that would eventually unravel the kingdom.

In some ways, the key image in 2 Samuel is the dual metaphor of "house."  After capturing Jerusalem and building his palace there, David dreams of building a house for God -- the Temple.  God, defers this dream, but offers David a blessing, that his descendants will always rule over Israel -- the House of David.

David's son Solomon would build the Temple, which became the focal point of faith and the practice of Judaism.  However, David's descendants would also inherit some of his lesser qualities -- usually without his great leadership gifts -- and would ultimately destroy the kingdom from within.

Of course, these dueling legacies are usually a part of our lives too -- our magnificent dreams usually come into conflict with the hard realities.  Frequently this becomes obvious during the holidays, when our dreams of family perfection often clash with reality.