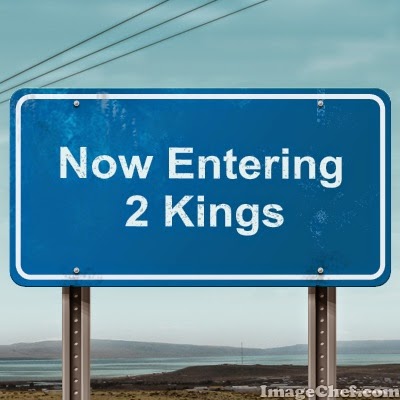 After the division of Israel into two kingdoms -- Israel, the northern kingdom, and Judah, the southern kingdom -- both kingdoms enter a period of decline attributed to their increasing lack of faithless.  Both kingdoms endure the leadership of a series of lackluster kings, ceding moral authority to prophets, notably Elijah and Elisha.

Eventually, Israel falls under the sway of the Assyrian empire, first as a vassal state before its ultimate capture and destruction.  The southern kingdom of Judah manages to endure independently for another 150 years (partially because the Egyptians supported it as a buffer country).

During this time, there were two major religious reform movements in Judah, first by King Hezekiah and then more completely by King Josiah.  Josiah's reform was more dramatic, including the first celebration of Passover in centuries.

After Josiah's death, though, the southern kingdom quickly declined and was defeated by the Babylonians, who captured Jerusalem, looted the Temple, and exiled most of the citizens to Babylon.