The Queen of Sheba Visits and the Kingdom Splits in Two 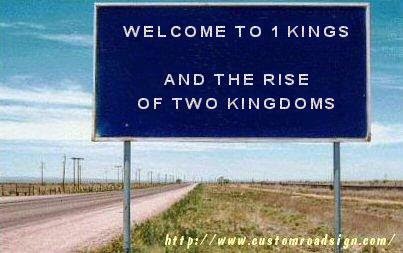 Today's first reading describes how the queen of Sheba visited Solomon, having heard of his great wisdom.  Solomon received her with a personal tour of his home and evidently invited her to even accompany him to the Temple.


The second selection tells how the single kingdom of David and Solomon splits in two.  The northern tribes -- a majority of the Israelites -- formed the kingdom of Israel under Rehoboam.  Judah and Benjamin together became the kingdom of Judah, with the capital city of Jerusalem.  Sadly, the northern kingdom almost immediately begins to worship God in questionable ways.

If you are planning to read the Bible in its entirety, you should read 1 Kings 9-13 today.