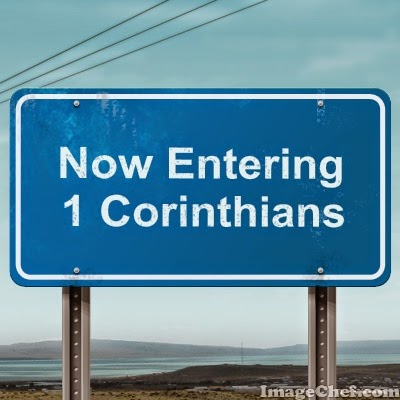 The saga of 1 and 2 Samuel and 1 and 2 Kings is consolidated and retold in 1 and 2 Chronicles.  The first book focuses on David, who is clearly 'the man after God's own heart' here.  While David can make mistakes -- and occasionally does -- most of David's decisions are right, especially those related to making Jerusalem the religious center of Israel.

1 Chronicles begins with an extensive genealogy of the Israelites, drawing lines from Adam to the main people in each tribe during David's lifetime.  After the historical listing of ancestors in chapters 1-2, David's own house is identified in chapter 3, before the other tribes are listed -- including the Levitical order in chapter 9.

After this, the final battle of Saul is briefly described, clearing the way to focus on David.  While David is many things (a Renaissance man, in many ways), here he is mostly a man of faith who supported the proper worship of God by doing all of the preparation work for the Temple, the building of which will be overseen by David's son, Solomon.  Other events in David's life are less important than the ones which, in hindsight, are vitally important to building the Temple.  In fact, 1 Chronicles zeroes in so tightly on this theme that David seems to micromanage the building of the Temple, doing everything -- the planning, fundraising, hiring, gathering of offerings, etc. -- except for actually constructing it.