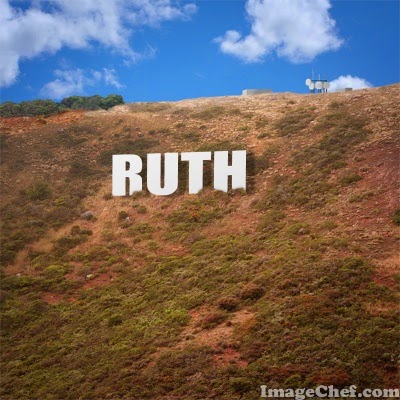 On Sunday, Rev. Joshua Patty preached about the story of love and loyalty recorded in the book of Ruth.  There are three main characters: Ruth, a Moabite woman (meaning a foreigner in Jewish eyes), Naomi, her mother-in-law, and Boaz, a man who is a distant relative of Naomi.  After Naomi and Ruth were both widowed, without any male in the immediate family to provide for them, they were supposed to return to their own families (and throw themselves on their mercy in order to survive -- such were the customs and laws of the ancient world).  Ruth, however, insisted on partnering with Naomi, casting her lot with her mother-in-law.

They returned to Naomi's family lands, and Ruth followed the custom of trailing the workers who harvested the fields, picking up the grain that was left unnoticed on the plants.  The owner of the land, Boaz, took notice of Ruth, and instructed his workers to leave extra grain for her and even invited Ruth to drink of his water whenever she was thirsty.  Eventually, Boaz will want to marry Ruth, but there are problems: he wasn't the man who had the legal right to marry her in his family.  So he had to negotiate that right.

In fact, Ruth is not merely a story of loyalty, but of people working around the system so that good things happen.  Ruth violated custom and stays with her mother-in-law, helping Naomi to relocate and survive.  Naomi brought a foreigner into the Promised Land.  Ruth used her feminine wiles to attract Boaz.  Boaz fell in love with her and negotiated within the family tribe in order to marry her.

Often in our culture, we take a dim view of people who "game" or "work" the system because we expect that most people are trying to get an unfair advantage.  Sometimes, though, people "game" the system in order to get good things for people in a disadvantaged or unfair situation.  In some ways, it is one way, perhaps a slightly cynical way, to view the earthly ministry of Jesus and the example he set for his disciples -- and through them, for us.

You can also listen to the Communion meditation and the closing benediction.