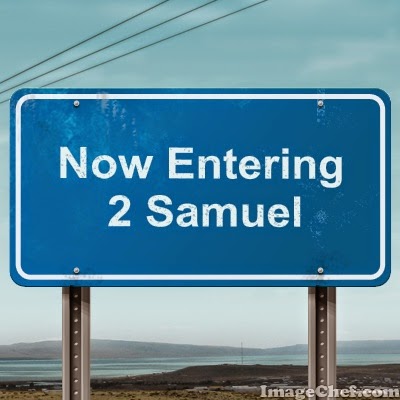 After Saul's death, the reign of David is described.  While David is often considered the greatest of the Jewish kings -- a man after God's own heart -- his reign was anything but smooth and peaceful.  Just as he had contended with threats against his life from Saul, David immediately faces threats from Saul's followers after his death.  In fact, it takes years for David to completely consolidate power and become the undisputed king.

When he does, David captures the city of Jerusalem and makes it his capitol.  He also brings the Ark of the Covenant to Jerusalem, establishing it as the city of God.  This act has had consequences for centuries, even to the present-day controversies in the Middle East.

Even after he consolidates power, David faces many threats.  The Philistines continue to attack on the edges of the kingdom and threaten the Hebrews.  And David is not always a completely ethical leader, which has implications from God and from others, including his son Absalom, who leads a revolt that captures Jerusalem and almost succeeds in defeating David and armies loyal to him.

Through it all, even when God punishes him, David never completely loses God's favor.  So David has a long reign as king, and he even dreams of building God a temple -- a task that will be completed by his son and successor, Solomon.