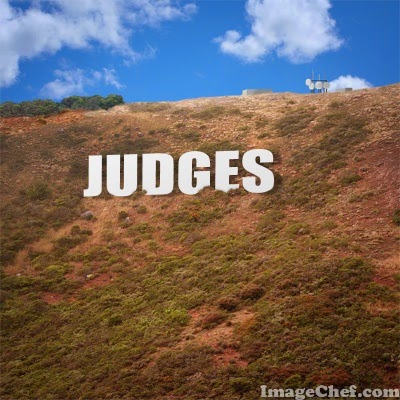 Today, Rev. Joshua Patty preached about the years in the Promised Land between the death of Joshua and the anointing of King Saul.  This period, described in the book of Judges, saw the Israelites choose one charismatic leader after another (called judges) -- some of the more famous were Samson, Gideon, and even a woman, Deborah.  These people were chosen for strength (Samson), military leadership (Gideon), or wisdom.  The problem is that each of the judges was imperfect, and some of them were not very faithful leaders; eventually, the people began asking God for a king to rule over them and bring order to the land.

One of the biggest problems was that it was difficult to transition from one charismatic leader to the next, so a system needed to be developed.  Today, we live under many such systems, including our political system, but also in areas of medicine, employment, and church.  Systems have their limitations as well.  So we often find ourselves asking the same questions the Israelites asked in the time of the judges -- Who should we listen to?  Who should we follow?  Who should listen to us?

You can also listen to the related communion meditation and the closing benediction.