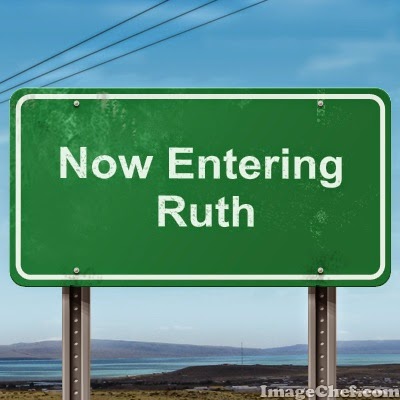 Only two books of the Bible are named for women: one for queen Esther, and this short gem for Ruth.  Ruth was not royalty, but was the great-grandmother of the greatest king of all, David.  Her story seems to foretell of David's complex personality; after all, he was at the same time a ruthless military leader and a poet and singer, whose songs echo through the ages in the book of Psalms.

Ruth was an outsider, a Moabite and a widow.  Worse, all of the men in her husband's family have died, leaving no one to provide for her or for her mother-in-law Naomi.  Naomi encourages Ruth to travel back to Moab, and beg for her birth family to take her back, but Ruth demonstrates powerful loyalty and instead travels with Naomi to the land of her relatives, near the town of Bethlehem.  More than this, it turns out that Ruth will work to provide for the older Naomi.

Somehow, this strong woman catches the eye of a wealthy landowner named Boaz, who is somehow related to Naomi.  Gradually, Boaz takes an ever-increasing interest in Ruth; eventually, he seeks to marry her (though this requires some legal maneuvering, given the customs of the times).