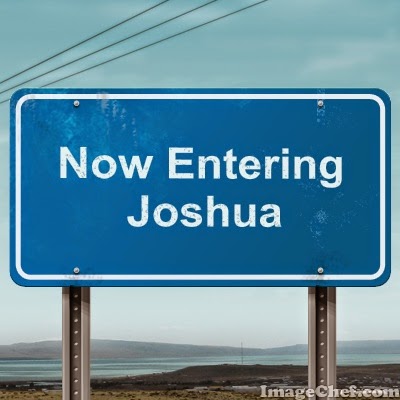 Joshua is the first book of the histories of the first autonomous Hebrew nation.  Along with Judges, the next book, it describes the conquest of the Promised Land by the Israelites.  Under the leadership of Joshua, who succeeds Moses after his death, the Hebrews cross the Jordan River (miraculously) and systematically capture the cities and regions of the Promised Land.

The secret behind the Israelites' success is that they are God's chosen people.  Through their faithfulness to the covenant with God, God helps them to overcome all of the inhabitants and their defenses, however strong those armies and fortifications may seem to be.  The only hiccups occur when the Israelites are disloyal to God, leading to defeat.  However, if they place their trust fully on God, they are unstoppable.

Throughout what appears to be a complete victory, allowing the tribes of Israel to claim regions to settle in the Promised Land, the covenant between God and the Hebrew people is vitally important.  Repeatedly, the people are encouraged to not stray from this covenant and to fully live it out, so that they might remain in God's favor.  Even in his final days, the great leader Joshua is again pleading with the people to stay loyal to this covenant with God.