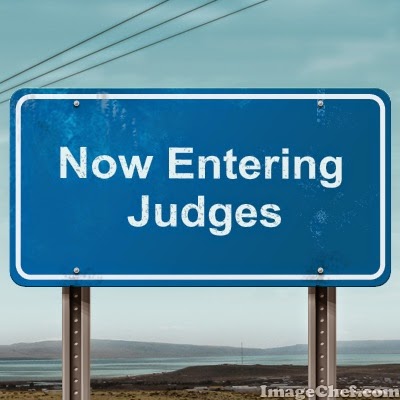 Judges offers the darker story of the Hebrew conquest of the Promised Land, suggesting that it was a longer and messier process than suggested by the book of Joshua alone.  Instead of completely conquering the people who already lived there, the Israelites defeated some and lived alongside others.  This created problems because the intermingling weakened and diluted their faith.

Without a strong central leader, the Hebrews became a tribal society, occasionally uniting behind strong tribal leaders but otherwise fending for themselves.  This slowed military success, but the lack of a central leader also seems to have allowed them to stray from God.  This combination creates a vicious cycle -- at times, God favors the Hebrews and they united under strong judges and dictate their own destiny, but at other times, they fall under the influence of outside powers.

Judges offers many stories of gruesome and violent battles, describing an anxious and uncertain time in Jewish history where they seem to be struggling to understand their identity and to fully claim the covenant with God.  Multiple times there is a refrain in Judges, even to book's final verse: "In those days there was no king in Israel; all the people did what was right in their own eyes."