Sermon - "The Worst Is Yet to Come" (Daniel) 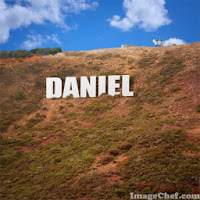 On Sunday, Rev. Joshua Patty preached about Daniel, the prophet famous for his night spent in the lion's den because he dared pray to God (instead of the Babylonian king).  There also is the famous story of three other Jewish men -- Shadrach, Meshach, and Abednego -- who refused to worship a golden statue and were tossed into a fiery furnace.

In both cases, God protected these faithful men who faced certain death because they refused to act against their faith in God.  This was a reminder that God protected the faithful even in extreme circumstances, such as the ones they might face in Babylon.

However, the deeper story of Daniel is much more troubling.  The Jews believe that defeat and exile in Babylon is the low point of history, but Daniel warns that there are worse times to come.  The Babylonians themselves will be defeated by an empire that will then be defeated... and eventually, there will be chaos.  In such times, life will be dangerous and very difficult for those who remain faithful to God.  Many may even be killed.

For the first time in the Bible, God promises a second life for the faithful who die in these dangerous times.  The reward for their faith will be life in a time when the chaotic rule of despotic empires will be replaced by God's peaceable kingdom.