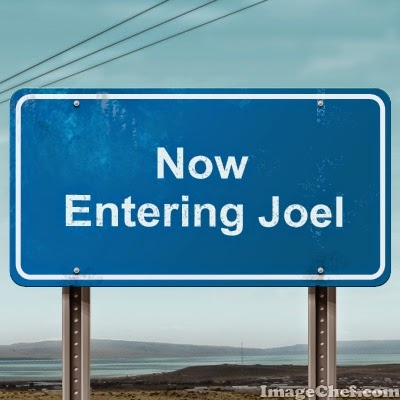 It is unclear exactly when the prophet Joel was alive.  Because Joel is so focused on the future "day of the Lord," the present circumstances are presented in general terms.  Arguments can be made for Joel living anytime from the decline of the northern kingdom of Israel until after the return from exile in Babylon.

What is clear is that God is again offering a chance for people to reclaim their heritage and become fully faithful in God.  Despite present hardships, God hopes that people will repent their past misdeeds and worship God completely.  Eventually, there will be no more chances -- the turning point of history is "the day of the Lord."  Then, all unforgiven wrongdoing will be punished, and the faithful will be rewarded.  God's kingdom will be re-established, and God will dwell in Jerusalem.  As such, Jerusalem will be the jewel of earth.