Sermon - "To Those with Hearts of Stone" (Ezekiel) 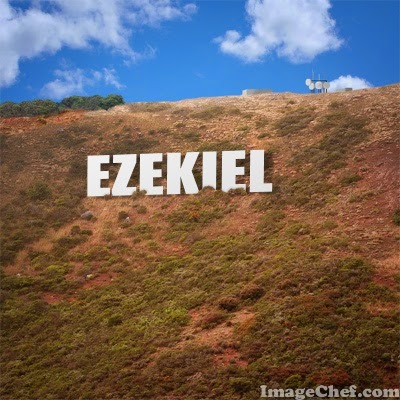 On Sunday, Rev. Joshua Patty preached about Ezekiel, the prophet who is probably best known for his dramatic visions (such as the wheel within a wheel or the valley of dry bones).  These visions related to the defeat of Judah by the Babylonians and the subsequent exile of Jewish leaders.

Like other prophets, Ezekiel offered an explanation for why God allowed this defeat and exile.  However, he also gave several powerful visions of hope, promising that the exiled people would return to Jerusalem, the Temple would be rebuilt, and the kingdom restored -- like a valley of dry bones rising to life.

The core of this message involves two visions.  At one point, Ezekiel saw a wheel within a wheel over Jerusalem.  This wheel rose in the sky, escorting the presence of God from the "holy of holies" in the Temple (which allowed the Temple to be destroyed by the Babylonians).  But even this vision promised that those in exile would be protected by God and from them -- likely from their descendants -- God would reestablish Jerusalem.  At the end of Ezekiel is a long vision that parallels this one: the Temple is rebuilt and the presence of God returns.

One of the interesting things, though, is how the faithful remnant is described in Ezekiel.  These are God's chosen.  These are the people who are faithful.  These are the people who will claim the kingdom.  And these people have "hearts of stone" even now -- only later, after the kingdom is reestablished, will God grant them "hearts of flesh," allowing them to become the people they were born to be.  In some ways, our Christian faith teaches a similar understanding of faith -- our faith is true, but imperfect, and can only reach its full form in the Kingdom of God.


You can also listen to the related Communion meditation and closing benediction.