Israel is Guiltier and Has Rejected God's Repeated Attempts at Correction 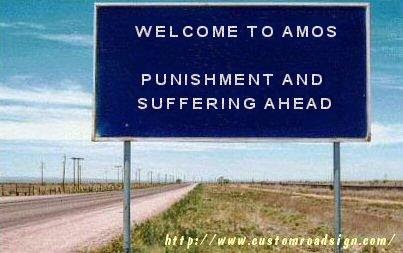 Today's first reading is the explicit condemnation of the northern kingdom of Israel for their unfaithful behavior.  God had given them great opportunities by choosing them and directly teaching them.  However, they have shunned this teaching and done things their own way.  Due to this, they will receive greater punishment from God.  In fact, foreign armies will come upon them and defeat Israel.


Today's second reading offers a list of the ways that God has tried to correct Israel.  As with a misbehaving child, God has tried various withholding punishments -- sort of "grounding" Israel.  God would keep rain from some cities for a few months to raise concerns and get attention.  God would allow insects to invade crops and cities for a time.  God even allowed some outlying communities to be captured.  In each way, God hoped that the people of Israel would reconsider the way they were living and return to God's teaching.  However, they did not.


If you are planning to read the Bible in its entirety, you should read Amos 3-4 today.