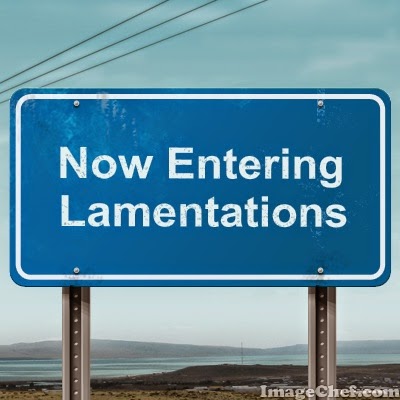 Unlike the other books of the prophets, it is not attributed to any specific prophet (like Isaiah or Jeremiah).  However, the book is very prophetic as it seeks a clear answer to the central question posed by the Babylonian military victory: Why have God's chosen people been utterly defeated?  The answer is simple: God has righteously punished the Jews for their unfaithfulness.  For a time, God even refuses to listen to their cries for mercy.   However, eventually, God will restore the covenant with the chosen people.  (Unlike Isaiah, it is not entirely clear what the restoration will look like.  Here, it is not assumed that the people will reclaim Jerusalem.)

At times heartbreaking, with only glimmers of hope, Lamentations offers an emotional portrait of the Jews during the 70 years of the exile.  In very practical ways, they feel completely abandoned by God and the laughingstock of other nations.  However, during this time they also seem to rediscover their faith and their total reliance on God.