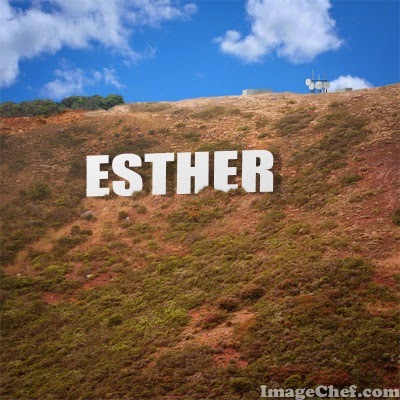 On Sunday, Rev. Joshua Patty preached about how one woman, Esther, prevented the Persian emperor from carrying out the state-sponsored murder of the Jews.  It is possible that this took place during the period when the Persians halted the Jewish rebuilding of the Temple and Jerusalem wall.

A beautiful Jewish woman, Esther, had been invited to join the king's harem, and she received some attention from the king.  When her uncle Mordacai learns of the threat to the Jews, posed by the machinations of the evil Haman, he encourages Esther to broach the subject with the king.  Upon penalty of death -- because she dared to enter the king's presence without invitation -- Esther went to convince the king to prevent this from happening.  Earning the king's permission, she does gain the king's agreement to save her people from extermination.

While there are few characters in this story, it represents the threats that Jews faced from foreigners.  It also shows how God finds a way to preserve God's chosen people, sometimes using odd people to accomplish important, history making things.  In some ways, Esther is a beauty pageant winner who changes the world.  She is hardly the first person to be unexpectedly chosen by God to carry out important work.

You can also listen to the communion meditation and the closing benediction.