Sermon - "Awash in the Spirit" (Joel) 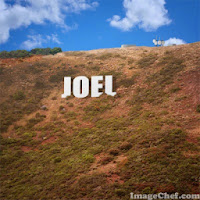 On Pentecost Sunday, Rev. Joshua Patty preached about the prophet Joel, who promised great vindication for God's people at the "Day of the Lord."  On that day, Jerusalem will be restored and God's people will live in peace, while those who had defeated God's people would themselves be punished by God.

Offering a word of hope in the midst of people facing suffering in times of war and conquest, Joel explains that God's chosen people are being punished for faithlessness.  However, God has a stronger army that will sweep through to defeat the warmongers.  Those who repent, though, will be protected and allowed to live in the restored Jerusalem.

Joel believes that there is a great potential for salvation, if people will only return to faith in God.  They would be filled with God's spirit, and live well in peace.

The apostle Peter took part of Joel as his scripture text for his great sermon on the day of Pentecost, recorded in Acts 2.  Drawing on the vision of radical equality presented in Joel, Peter promises that the coming of Jesus is God's offer of a way to salvation in light of "the Day of the Lord."  This possibility is offered broadly, regardless of cultural norms (so men and women, locals and foreigners, freepersons and slaves, and even Jews and non-Jews).  And it was such an exciting possibility and promise that 3000 people were baptized in Christ's name that day -- which is called by some the birthday of the church.

You can also listen to the related Communion meditation.