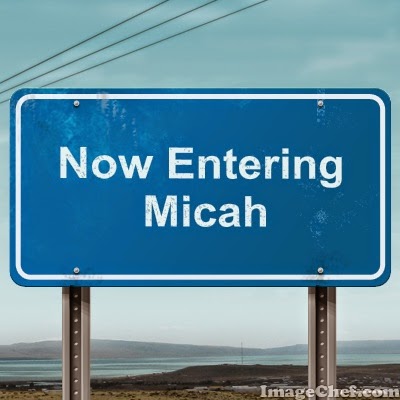 After opening with a short description of God's frustration with the northern kingdom of Israel (here identified by its major city, Samaria), Micah turns attention to the problems in Judah.  Ultimately, it is a question of justice -- the people are not living fairly with each other, but instead are lying and cheating to try to get ahead.  Worse, the political and religious leaders in Jerusalem participate in such behavior and do nothing to help the people repent and follow God's teaching.

The leaders believe that God will be satisfied as long as worship and sacrifices in the Temple continue regularly; however, God's concerns are much larger than what happens in the Temple alone.  Such attitudes have thoroughly corrupted the people; in fact, the few who try to be faithful to God still sin a great deal due to this environment.  Drastic steps will be necessary to restore the situation so that they can live up to the special covenant with God to be God's people.