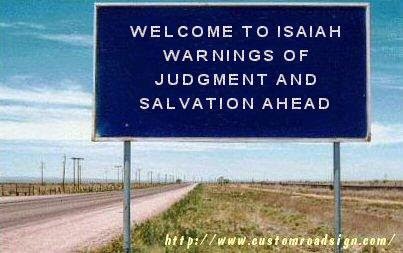 Today's reading is an interesting history lesson.  While the Jews were exiled in Babylon, the Babylonians were defeated by the Persians, who allowed the Jews to return to their homeland.  The Persian emperor at the time was Cyrus.

For years, the Jews had waited for God to send someone to lead them into freedom.  After their release, they assumed that this person was Cyrus, to whom they give the designation of "God's anointed" -- in Hebrew, messiah.  While Cyrus did offer salvation to those in exile, later people (both Jews and Christians) came to believe that another person would come and more fully claim the title of messiah and lead God's people into a new era.  Still, this is a hopeful reminder that God can use all sorts of people -- here a foreign emperor -- for good.