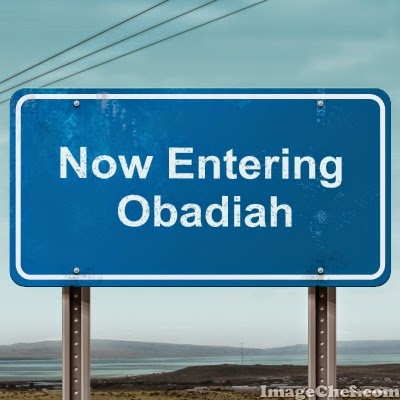 Obadiah is a very short prophecy tucked into the so-called "minor prophets" -- the last 12 books of the Hebrew Bible (Hosea through Malachi).  It concerns the actions of Edom, a nation that neighbored Judah to the southeast, during the Babylonian conquest of Jerusalem.  Evidently, people from this neighboring country joined in the pillaging of the captured city (probably encouraged to do so by Babylon as part of a political alliance).

This perceived relationship led many Jews to believe that Edom had betrayed them during the capture of Jerusalem, choosing to side with foreign invaders against them.  In response, Edom often received special attention from prophets during the exile who warned that God had extra punishments in store for the ancient nation of Edom.  In Obadiah, the warning is that Edom should not gloat in Judah's defeat because Judah will one day be restored and will defeat and rule Edom.