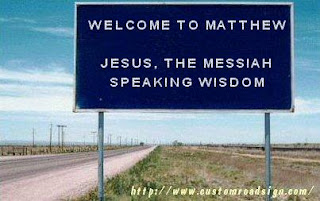 Today's reading tells of Jesus' brutal death by crucifixion.  After his trial, he was whipped and mocked, then lead away to Golgotha, where he was crucified with two thieves.  Numerous people came by the cross, taunting Jesus and insinuating that if he truly was who he claimed to be that he would not die in such a way.

As Jesus breathed his last breath, there was a massive earthquake, which opened graves and split the massive curtain in the Temple in two.  He was buried in the tomb of Joseph of Arimathea.  The Jewish leaders convinced Pilate to station guards outside of the tomb, expecting Jesus' disciples to steal the body.