Jesus' Authority & The Gift of Bread from Heaven 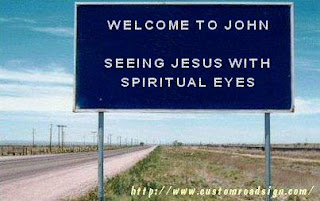 Today's first reading is an exploration of the basis for Jesus' authority.  At the outset, Jesus heals a lame man, but he performs the miracle on the Sabbath, which raises questions in the minds of religious leaders.  In response, Jesus defends his authority by describing the power that he has been given by God the Father to act and judge in the world.  After this is one of several discussions of eyewitness testimony, in which Jesus admits that he cannot testify to his actions -- because such firsthand testimony is recognized as inherently biased.  Instead, Jesus argues that the power he has been given by God is God's testimony on his behalf -- a validation greater than any human can provide.  In Jesus' eyes, anyone who is truly a seeker of God will eventually recognize him for who he is, and will recognize his God-given authority.


The second reading offers a lengthy discussion of the relationship between Jesus and bread -- an important matter given the sacrament of Communion.  It begins with Jesus feeding the 5000, blessing small loaves to become sufficient for the crowd.  Then, when people come to him the next day, hoping that he will feed them again, Jesus teaches about the difference between earthly bread and spiritual bread.  God has given both types of bread -- there was manna in the wilderness that sustained the Hebrews.  Now, Jesus is a spiritual bread which sustains the believers through eternity.  Again, though, if the people cannot see the existence of spiritual bread, they cannot believe the promise of eternal life.


If you are planning to read the Bible in its entirety, you should read John 5-8 today.