Sermon - "A Struggle Between Life and Death" (Romans) 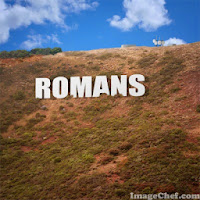 On Sunday, Rev. Joshua Patty preached on Paul's letter to the Romans, the first of the collection of epistles in the New Testament.  Romans is the longest of these letters, and it also serves an unusual purpose among Paul's letters.  Unlike others which were written to congregations and people that Paul had worked closely with, Romans is a letter of introduction sent by Paul as he journeyed to the empire's capitol city for the first time.

Still, Paul evidently knows things about this young congregation -- especially that there is a conflict between Christians who had been Jews first and those who had not.  Paul felt uniquely qualified to deal with issue, given that he was raised and educated as a Jew and had spent the previous 20 years spreading Christianity among non-Jews.

He writes a lengthy letter telling the Roman Christians to focus on the most important things -- and this issue is not one of them because both Jews and non-Jews need God's forgiveness and salvation.  Instead, they should understand that, through Christ, they have the opportunity to live in a new way, separated from this broken world of death for everyone.  Through their baptism into Christ, they can experience this new life -- this spiritual life -- partially while still living physically in this world before enjoying the new life completely in the next.

You can also listen to the related Communion meditation and benediction.