Sermon - "The Wonder of Love" (Song of Solomon) 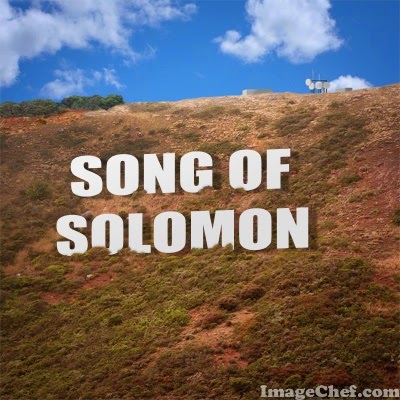 On Sunday, Rev. Joshua Patty preached about the Song of Solomon, a lengthy and elaborate love poem which concludes the section of wisdom literature in the Hebrew Bible.  The poem is challenging due to its changing perspectives (from the man's view, then the woman's, with occasional interjections from other bystanders).  It also seems non-religious, given that the love seems mostly romantic and even sensual.

Over the centuries, most theologians and preachers have interpreted the Song of Solomon as an allegory about the relationship between Christ and the church (which is described as the "bride of Christ" at points in the New Testament).  Frequently, they have suggested that the emotional closeness in the Song of Solomon is meant to be the closeness Christians are to have with God.

However, it can also be interesting to consider that the Song of Solomon celebrates loving human relationships.  So often, we focus -- religiously speaking -- on a relationships with God without remembering that God created a world with many people.  Presumably, God wanted us to have relationships with other people too.  Even more, if we are created in the image of God, and if God is essentially love, then we must have a deep capacity for love implanted in us (which the stain of sin cannot completely cover up).

The Song of Solomon's inclusion in the Bible suggests that this may be so.  Indeed, pursuing such logic then, we might be able to understand some of God's love for us -- unabashed and forgiving -- by considering how we love other people.

You can also listen to the communion meditation and the closing benediction.