Joseph - Slavery and Influence in Egypt 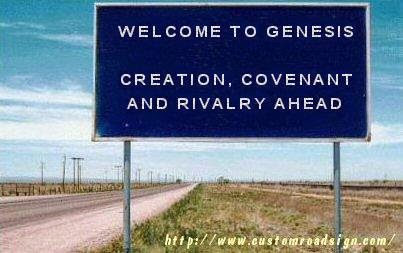 Today's first reading introduces the favorite son of Jacob, Joseph (immortalized by Andrew Lloyd Webber as the man with "the Amazing Technicolor Dreamcoat").  Here, we learn of Joseph's precocious ability to interpret dreams and how his jealous brothers sold him into slavery.

The second selection describes the eventual reconciliation of Joseph and the brothers who sold him into slavery.  Joseph, having found favor and influence with the Egyptian pharaoh, has become a leading government official.  Even more, he serves an unanticipated purpose, feeding masses of people, including his own family, during a terrible seven-year famine.

If you are planning to read the Bible in its entirety, you should read Genesis 41-50 today.
Posted by Joshua Patty at 1:00 AM